The auto industry and the unions: the untold story 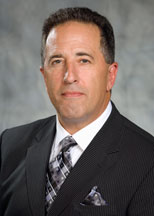 TAUC CEO and NMAPC Impartial Secretary/CEO Steve LindauerThe slow but steady recovery of the major U.S. auto manufacturers after several years of disastrous financial results has launched a feeding frenzy in Washington. In recent weeks both Democrats and Republicans have scrambled to take credit for what is shaping up to be, in the words of Treasury Secretary Timothy Geithner, "one of the most improbable turnarounds in recent history."

However, as someone who has spent more than 30 years in the labor relations field, my interest lies not in the politics of the auto recovery, but in the profoundly important and largely unheralded role the international building trades unions played in ensuring that Chrysler, General Motors and Ford were able to pull back from the brink of ruin.  Indeed, I find it more than a little ironic that shortly after Secretary Geithner made the above statement in The Washington Post, the House of Representatives very nearly approved an amendment to an appropriations bill that would have prohibited federal agencies from considering the use of project labor agreements, or PLAs, often (but not exclusively) used by unions and their employing contractors. In the end, the amendment, which would have applied to large-scale federal construction projects, was defeated by a mere six votes.

Why the irony? Because had it not been for a PLA, the Big Three would have faced a much more difficult and uncertain return path to prosperity, and the jobs of thousands of workers would have been placed in jeopardy. In other words, the amendment set out to deny the federal government access to the very tool that helped save a large chunk of the U.S. economy.

For decades, one PLA in particular -- the National Maintenance Agreements, or NMA -- has been heavily utilized by the auto industry for a variety of projects at auto plants, from routine maintenance to large-scale retooling and equipment installations. As most TAUC members already know, the NMA is a comprehensive agreement, but one that is also flexible and easy to implement, a formula that has proven extremely successful since its creation in 1971. Unlike other PLAs, the NMA is administered by the National Maintenance Agreements Policy Committee, Inc., made up of an equal number of representatives from labor and management. In turn, the companies that ultimately hire the contractors -- end clients such as the Big Three -- are also frequently consulted by the NMAPC for their input on how the agreement is working out in the real world where the boots hit the factory floor each morning.  The result is a unique three-way or "tripartite" spirit of cooperation and open dialogue.

The NMAPC's participating unions have proven that a lot has changed since the old days of endless strife between labor and management.

This tripartite philosophy was never more evident than during the financial crisis that began in the fall of 2008. When the scope of the automakers' economic dilemma became clear, the NMAPC asked how it could help ensure the viability of the industry. The unions recognized early on that short-term sacrifices would be necessary in order to guarantee their legions of skilled workers would still have jobs five or ten years down the road. Their mature and sober reaction is something that went virtually ignored by the mainstream media; it directly contradicts the clichéd, outdated notion that unions are naturally antagonistic towards big business and are always looking for an excuse to halt the sometimes painful changes necessary to maintain a competitive advantage in the marketplace. Moreover, it demonstrates that these unions are highly trustworthy, highly ethical organizations with whom you can enter into a business relationship. In today's rhetorical climate surrounding unions in general, such a fact may be considered heresy by some.

At the unions' urging, the NMAPC embarked on a series of discussions with the automakers that resulted in the creation of two important addendums to the NMA. These addendums -- one covering both Ford and Chrysler, the other General Motors -- gave the companies more flexibility in regards to setting work schedules and allowed two of them to institute temporary wage modifications whereby the unions agreed to take a ten percent across-the-board reduction in pay. These changes allowed the manufacturers to essentially "reset" their operations and embark on the long road back to financial stability.

By any measure, the addendums have been a resounding success for all three automakers, so much so that the labor side of the committee recently extended their sunset dates by one year, which will take them into 2012. The temporary adjustments have freed up the manufacturers to aggressively pursue new growth opportunities, including both the expansion of existing assembly lines and the creation of brand-new product lines, which will help them compete against aggressive European and Asian companies. Also, the concessions granted by our participating unions mean that more skilled craftspeople are still on the job and collecting paychecks. Millions of hours have been worked that might not have been available at all without the addendums -- and we have our unions to thank for it.

I hope that the press will soon realize they are missing out on one of the great American business stories of the last ten years and begin to shine a spotlight on this astonishing tale of cooperation.  By taking the first bold step and offering to help the automotive industry retool, rebuild and ultimately thrive once again, the NMAPC's participating unions have proven that a lot has changed since the old days of endless strife between labor and management.

Carpenters, Iron Workers, Electrical Workers, Pipefitters. The names remain the same, but these are most certainly not your father's unions.