The ZISA Gala was held on Wednesday, October 26 at The National Building Museum in Washington, D.C. This year 62 winners were honored, accounting for more than 12.7 million injury-free hours worked in calendar year 2010. This marks the second-highest total in the history of the ZISA program.

Each Zero Injury Safety Award recognizes an alliance between owner-clients, signatory contractors and local and international unions who worked together in a tripartite fashion to achieve zero injuries on their projects.

"We are gathered here tonight to honor the best of the best," Steve Lindauer, NMAPC Impartial Secretary and CEO, told the crowd. "Their hard work, cooperation and dedication to the zero injury philosophy has proven once again that union construction is the safest and best option on the market."

The highest honor of the evening went to The State Group Industrial (USA) Limited (contractor), Alcoa Inc. (owner-client) and the Southwestern Indiana Building Trades Council (labor), pictured below. This tripartite alliance was awarded the ZISA Silver Star Award for more than 817,000 injury-free work hours performed at the Warrick Generating Station in Newburgh, Indiana. 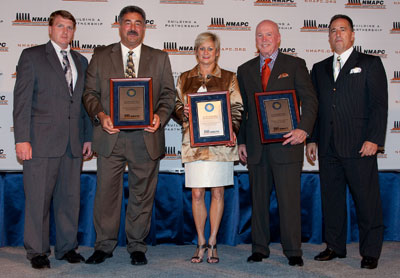 Six other tripartite teams also received Silver Star Awards, which are given to projects that have documented between 500,000 and 999,999 hours worked without a recordable injury. 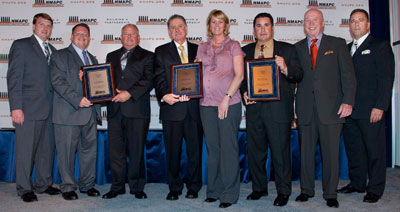 The Certificate of Merit category recognizes projects that have documented between 50,000 and 199,999 work hours performed without a recordable injury. This year's top Certificate of Merit winners were EMCOR Hyre Electric Co. of Indiana (contractor), ArcelorMittal (owner-client) and IBEW Local Union No. 531 (labor), pictured below, who together achieved 198,774 injury-free work hours at the Burns Harbor Plant in Burns Harbor, Indiana. Forty-two other tripartite teams also received Certificates of Merit. 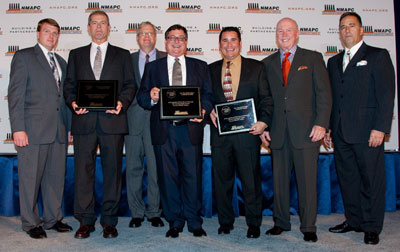 The keynote speaker for the evening was Jim Morris, the real-life inspiration for the blockbuster 2002 movie The Rookie, starring Dennis Quaid. To motivate his rag-tag high school baseball team, Jim, then a 35-year-old schoolteacher, made a bet that he would try out for the big leagues if his team won a district championship. When Jim's team won, he followed through on his promise, going to a tryout where he threw 12 consecutive pitches at 98 miles per hour! Three months later, in front of his high school team, Jim achieved his dream of pitching in the major leagues by striking out the first hitter he faced. 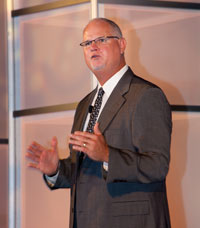 Jim MorrisJim regaled the audience with his amazing tale of perseverance and hard work. He expressed admiration and deep respect for the ZISA winners, and drew many parallels between what it takes to be an elite major-league baseball player and the effort involved in creating and maintaining an injury-free jobsite. After his speech, Jim signed ZISA souvenir baseballs for the attendees.

Look for complete coverage of the Zero Injury Safety Awards in the winter issue of The Construction User, the official magazine of our sister organization, The Association of Union Constructors. Awards photos will also soon be available for download on our ZISA page at www.nmapc.org/zisa.