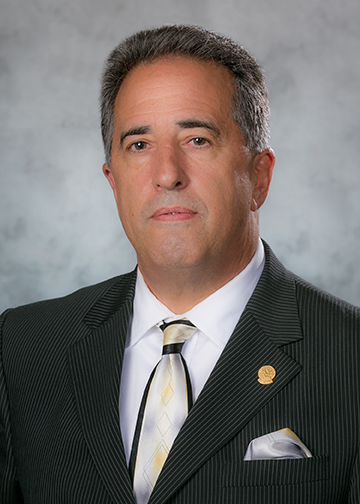 Lindauer's retirement ends a career in the construction and maintenance industry spanning 40 years, including over 14 years as the leader of TAUC and NMAPC.

After jointly conducting a thorough search and completing a comprehensive succession planning process, the TAUC Executive Committee and NMAPC Board of Directors offered the dual leadership position to Daniel M. Hogan, who currently serves as Senior Director of Industrial Relations for both TAUC and the NMAPC. Hogan accepted, and will assume the role of CEO of TAUC and Impartial Secretary/CEO of the NMAPC on March 1, 2021.

A Legacy of Service

Lindauer, a native of Oneida, New York, began his career in labor relations and association management in 1982 after graduating from The American University Kogod School of Business in Washington, D.C. where he received his Master of Science degree in industrial relations and human resources. Lindauer received a Bachelor of Arts degree in political science, with a minor in economics, from Alfred University in Alfred, New York.

Under Lindauer's leadership, both organizations flourished, shepherding TAUC (formerly the National Erectors Association) through a rebirth in terms of membership, governance, and mission. As Impartial Secretary/CEO of the NMAPC, Lindauer focused on continually increasing the value of the NMAPC Program for the thousands of signatory contractors, 14 International Unions and the multitude of owner/clients who utilize the National Maintenance Agreements (NMA) across the country. Over its 50-year history, the NMA has amassed more than 2.7 billion work hours. Additionally, he facilitated the development of the most prestigious safety program in the union construction and maintenance industry, the NMAPC Zero Injury Safety Awards® (ZISA®).

Lindauer also served as a member of numerous industry organizations, including the Joint Administrative Committee to the Plan for the Settlement of Jurisdictional Disputes; the Board of Trustees for the Center For Military Recruitment, Assessment and Veterans Employment (CMRAVE); the Executive Committee for the Helmets to Hardhats Program, where he also served as Secretary; the Board of Directors of the Construction Labor Research Council (CLRC); the Board of Directors of the National Coordinating Committee for Multiemployer Pension Plans (NCCMP); and the Union Sportsmen's Alliance Conservation Advisory Committee. In addition, he maintained professional membership with the American Society of Association Executives (ASAE).

"I feel blessed and honored to have had the opportunity to serve the union construction and maintenance industry, along with the affiliated organizations I have been involved in," Lindauer said. "I have had the distinct pleasure of working with a great group of professional teammates who have a clear understanding of our consistent approach to mission on behalf of TAUC and the NMAPC. Our staff has been laser-focused on facilitating lasting partnerships through a tripartite philosophy with our contractor members, union business partners, and the owner/client community. This has paid dividends for both organizations through the inclusion of our Legacy Partnerships with outside organizations that are important stakeholders within our industry. Our goal has always been to create a level playing field for all those we work and collaborate with."

"Steve Lindauer has been a great advocate of union labor and labor-management cooperation," said Michael Pleasant, President of the NMAPC and Labor Co-Chair of the NMAPC Labor-Management Committee. "Steve's time with the NMAPC has furthered the union movement and benefited greatly both labor and management, as well as the end users we all work for."

"I would like to thank Steve for the past 14 years of leadership and dedication to growing the NMAPC and TAUC," added Steve Johnson, President of TAUC. "Under Steve's leadership, both organizations have established themselves as leaders in the construction industry and are well-positioned to thrive in the future." 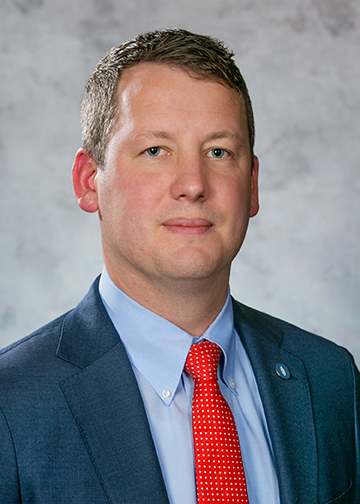 Originally from Western New York, Daniel Hogan has been with TAUC and the NMAPC since 2009. Mr. Hogan holds a Bachelor of Science Degree in Business Management from The Canisius College of Buffalo and is bilingual in English and Spanish.

As Senior Director of Industrial Relations, Mr. Hogan's primary area of responsibility has consisted of executing many of the day-to-day activities associated with serving nearly 2,000 NMA signatory contractors and 14 participating International Unions. Daniel has also worked to develop and foster relationships between contractors, owner-clients, local building trades councils and their union crafts.

Prior to joining TAUC and the NMAPC, Hogan held positions at the Construction Industry Employers Association (CIEA) in Buffalo, New York. CIEA is local employer association representing management interests in collective bargaining agreements with multiple building trades. In his roles at CIEA, Hogan also served as the direct liaison for a number of other area contractor groups, including the Plumbing Mechanical Contractors Association (PMCA), the Construction Exchange of Buffalo and Western New York, SMACNA's Buffalo Chapter and the New York State Roofers and Sheet Metal Contractors Association.

Hogan lives in the greater Washington, D.C. area with his wife Laura, their son Daniel and daughter Isabel.

"I personally want to thank Steve not only for his 40 years of dedicated service to union construction and maintenance industry, but also for cultivating a team of experienced professionals that will continue the pursuit of excellence following his retirement," Hogan said.

"I am excited about the insight and ideas Dan will bring to both organizations as we navigate a new and challenging landscape in the construction industry," TAUC President Steve Johnson said. "Dan's knowledge of the industry, combined with his belief in continuous improvement and excellence, will be a guiding light to a bright future for both the NMAPC and TAUC."

"We are looking forward to Dan Hogan's innovative vision and aggressive attitude," NMAPC President Pleasant added. "Dan has served the NMAPC for years with fairness and integrity, and I'm also excited about the direction that he will take us in the future with a new perspective. He has a tough job ahead of him, and I know he will step up to the challenge."