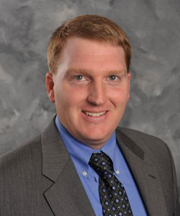 "It is an honor to have been selected by my colleagues to follow in the footsteps of Past President Krul," Booker said. "I look forward to building on the NMAPC legacy of visionary leadership in the union construction industry."

Krul will continue serving as the Labor Section representative for the United Union of Roofers, Waterproofers and Allied Workers.

NMAPC Chief Executive Officer and Impartial Secretary Stephen R. Lindauer thanked Krul for his service. "Bob has been a dedicated representative of his union brothers and sisters, and a supportive partner of union contractors, in his work as the NMAPC president and co-chair," Lindauer said. "He has been an exceptional model of cooperation, and has paved the way for a brighter future for union construction."

The National Maintenance Agreements Policy Committee negotiates and administers the National Maintenance Agreements, a series of collective bargaining agreements utilized by more than 2,500 industrial contractors who employ members of fourteen building trades international unions. Although there are 14 separate agreements, they are 99% similar. The agreements provide a cost-effective vehicle for contractors and skilled building trades workers to perform construction, maintenance and repair work for the country's industrial and manufacturing base.

The NMAPC was the first national labor management organization in the construction industry to become incorporated, and is based in the philosophy of tripartite cooperation between the customer, contractor and union craft personnel. To-date, the NMAPC program has accounted for more than $300 billion of work and more than 2 billion work-hours for the building trades and contractors.